The FINANCIAL - Americans' Mixed Views of Healthcare and Healthcare Reform 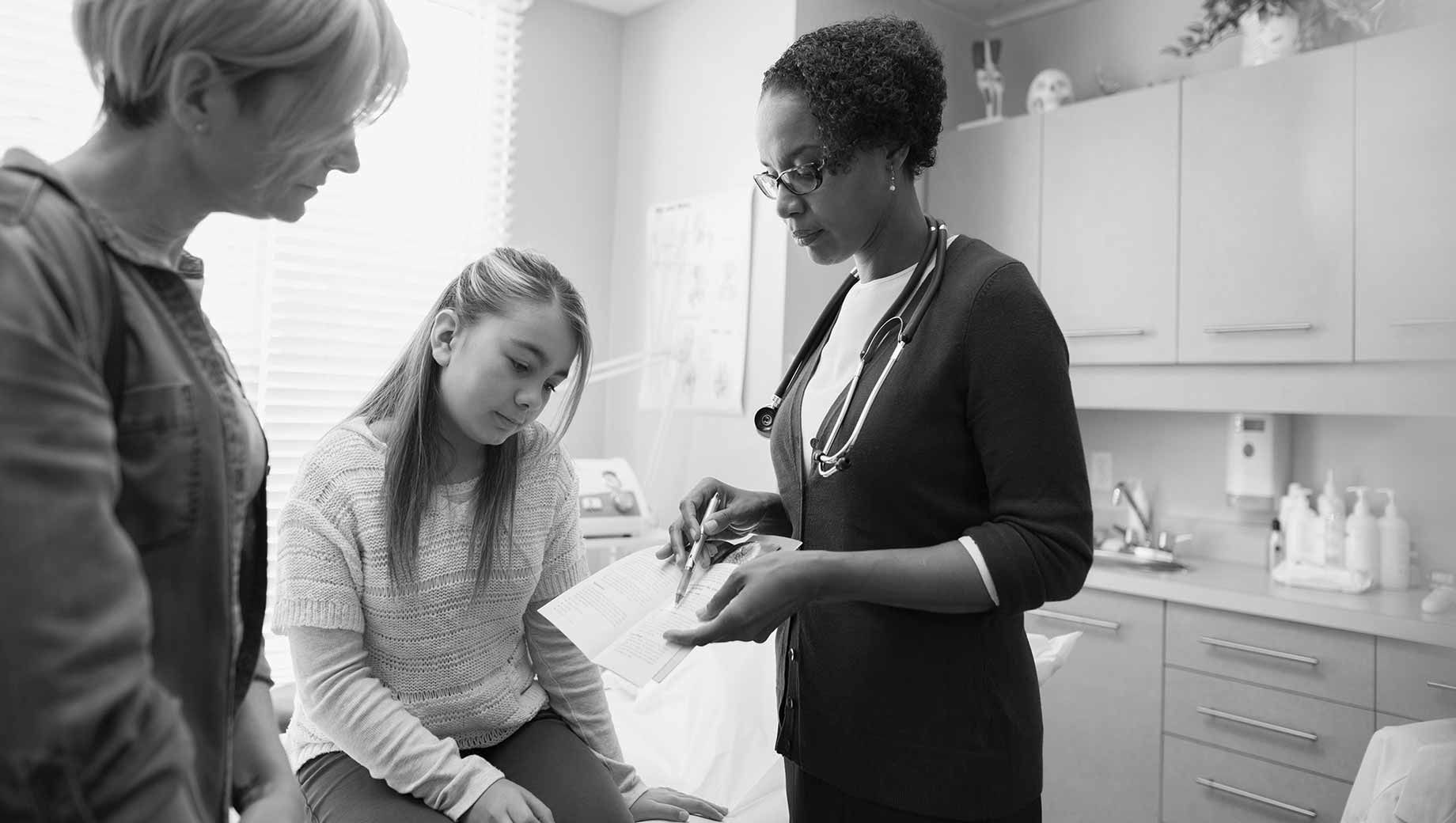 Americans' Mixed Views of Healthcare and Healthcare Reform
Share This

The FINANCIAL -- Proposals to reform the way in which Americans get healthcare have been a part of the political environment for decades, going back as far as the Theodore Roosevelt administration. Presidents as different as Harry Truman, Richard Nixon, Jimmy Carter, Bill Clinton and Barack Obama all tried to introduce major healthcare reforms, with only the latter making significant progress.

This year, many of the 23 Democratic presidential candidates are following the lead of Sen. Bernie Sanders in proposing a government-run healthcare system, and most of the others are pushing for some other type of major healthcare reform. Just as strongly, Republicans are attempting to dismantle the 2010 Affordable Care Act and promise a healthcare reform plan of their own.

Healthcare is clearly a complex and often mysterious part of most Americans' lives, and public opinion on the issue reflects this underlying messiness and complexity. Americans have mixed views about almost all aspects of the healthcare system and clearly have not yet come to a firm collective judgment on suggested reforms.

Americans' Reactions to Healthcare Reform Proposals
The data show no clear consensus on the part of the American public about instituting a fully government-run healthcare system. Survey questions have asked about the issue using a variety of different ways to explain the system, and the results reflect a public whose opinions defy easy categorization.

Gallup has for many years asked Americans to choose between "a government-run healthcare system" or "a system based mostly on private health insurance." In our latest update, 40% chose the government-run system, and 54% the private one. A recent Quinnipiac poll found Americans were lukewarm when asked about the idea of "removing the current healthcare system and replacing it with a single-payer system, in which the federal government would expand Medicare to cover the medical expenses of every American citizen." About as many were opposed as in favor.

In contrast, the Kaiser Family Foundation's April healthcare tracking poll asked respondents about "a national health plan, sometimes called Medicare for All, in which all Americans would get their insurance from a single government plan" and found essentially the opposite of Gallup's "government-run healthcare system" results -- 56% favor the Medicare for All plan in the Kaiser poll, compared with 38% opposed. (But Kaiser's research has also found a significant diminution in support when respondents were reminded of certain consequences of a Medicare for All plan, including the possible need to eliminate private insurance companies.)

Other poll questions that don't mention the elimination of the current system or give a private system as an explicit alternative also find majority support for a government health plan. A recent Monmouth University poll found 58% favoring a "universal healthcare system in America." A CNN poll in January and early February found 54% support for the idea that the "government should provide a national health insurance program for all Americans, even if this would require higher taxes." An online poll conducted for RealClear Opinion Research showed 65% support for "Medicare for All, which is a system where all Americans, not just older ones, get health insurance through the government's Medicare system." And a Reuters/Ipsos poll in 2018 showed that "a policy of Medicare for All" received 70% support.

What these results tell me is that Americans have a basic willingness to consider the idea of an expansive government-run health system -- particularly if it is seen as an extension of the existing Medicare program. But that support appears to be contingent on addressing underlying concerns about the implications of a new system for existing private healthcare coverage.

Americans Generally Satisfied With Personal Healthcare
Proponents pushing for a new healthcare system assume that the current system is fraught with problems and that it is untenable in the long run. But we don't find support for that assumption in the existing public opinion data when Americans are asked about their personal healthcare.

Additionally, Americans report higher levels of concern when asked to project to certain problematic health-related situations in the future. Between 42% and 46% say they have major concerns as they look ahead over the next few years about being denied coverage because of a pre-existing condition, going without healthcare coverage for them or a member of their family, or not having enough money to pay for medical or healthcare. And a larger 61% of Americans say that having higher premiums or having to pay a higher portion of their medical expenses is a major concern over the next few years. Plus, a Gallup survey conducted with West Health recently showed significant concern among Americans about the possibility of healthcare causing bankruptcy in their future.

Overall, then, it appears that most Americans' personal healthcare situations are not dire, but many Americans appear to have latent or bubbling-under concerns about healthcare in the future. And, even though we can talk in terms of majority satisfaction with personal healthcare, it's important to remain aware that healthcare costs and access appear to be real, immediate problems for a substantial minority of Americans.

Views of the Healthcare Situation Nationally Less Positive
When asked to project to the national healthcare system, Americans -- no doubt in large part reflecting what they read and see in the news media -- have higher concerns than they do about their own personal healthcare situations. This is not uncommon; Americans typically are less positive when asked to assess a national situation than a local one.

Some 55% of Americans say they worry a great deal about the availability and affordability of healthcare -- making healthcare the top concern among a list of 15 big-picture problems in a recent Gallup update. Plus, a separate Gallup survey shows that less than a third of Americans are satisfied with the availability of affordable healthcare, putting it fourth from the bottom in a list of 22 areas tested in a January survey. Only 34% of Americans rate "healthcare coverage in this country" as excellent or good, and just 20% say they are satisfied with the "total cost of healthcare in this country." Not surprisingly, when asked to name the most urgent healthcare problem facing the nation, cost and access are the two most frequently mentioned problems.

But again, the picture is mixed. A majority of Americans (55%) rate the quality of healthcare in this country as excellent or good. Only a small 7% of Americans mention healthcare as the most important problem facing the nation, well behind the much higher percentages who named health issues as the top problem in the mid-1990s, in 2010 and in 2017. And, given a set of four choices, just 15% of Americans say that healthcare is in a state of crisis in this country, while the majority of 55% say it has "major problems" (most of the rest say it has minor problems; very few say it has no problems at all).

As I run through these numbers, I come away with a portrait of an American public perceiving that some of the U.S. healthcare system's dimensions are working much better than others. But, again, there is little sense that Americans, at this point, see the nation's healthcare system as untenable or on the verge of collapse.

Bottom Line: The Future Viability of Healthcare Reform
Americans do not dismiss the idea of major healthcare reform out of hand. Simple descriptions of a new system that would extend Medicare to all Americans play well with the public. At the same time, reminders that this new system would eliminate private insurance plans make the idea much less palatable.

Proponents of healthcare reform can argue from two positions. One is personal -- the idea that the country needs a new healthcare system because the current processes are unwieldy and costly, and that health costs have the potential to cause Americans financial disaster and/or leave them without healthcare coverage. This positioning plays best when the emphasis is on the future; arguing that Americans' current healthcare quality and coverage are deficient would appear to have a lower probability of success.

The second positioning is based on charity toward others -- the idea that a significant percentage of Americans currently are in a precarious situation in regard to healthcare, and that decency demands a reformed system that remedies this situation for the underserved and the unfortunate. Bernie Sanders has emphasized this second approach in his continuing efforts to convince Americans they need a government-run healthcare system, urging that the U.S. join "every other major country on Earth and guaranteeing healthcare to all people as a right, not a privilege, through a Medicare for All, single-payer program." Supporting this approach are the findings that Americans appear to recognize problems with the national system, and tend to agree that the government should ensure that all Americans have the chance to get healthcare (separate from a government-run system).

Underlying these public attitudes is a list of concerns not adequately encapsulated in survey research to date, and that will continue to be emphasized by opponents of a government-run system. These issues include the negative image of the government in the eyes of the public, suggesting trepidation about giving the government control over a huge part of the economy; decisions on who will pay the costs of a government-run system; a possible loss of individuals' ability to choose their doctors; increasing waiting time for appointments, particularly with specialists; the termination of employment of millions who work for the private healthcare bureaucracy; reduced compensation for doctors and hospitals with the concomitant possibility of a lowered quality of service; and a possible reduction in the level of healthcare competition and innovation.