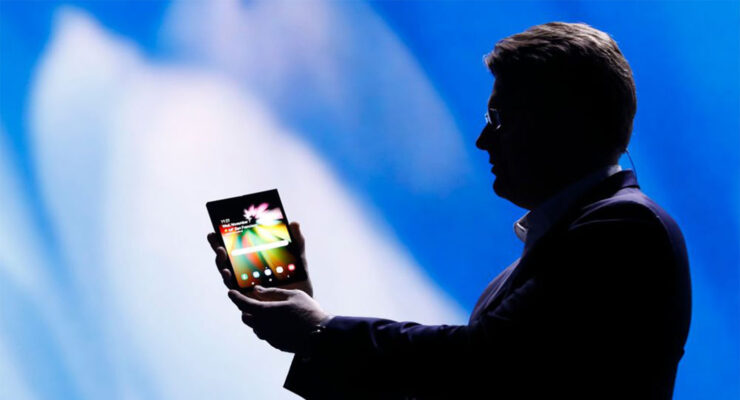 THE FINANCIAL -- Samsung revealed it’s new foldable device – Galaxy Z Flip. The full screen phone that folds to fit in your pocket with revolutionary flexible glass, a camera made to stand on its own, and a dual battery that lasts all day. South Korean multinational conglomerate also announced three new Galaxy S20 phones.

The phone will cost $1,380, placing it at the higher end of Samsung's new S20 lineup. It features three variants: the 6.2-inch S20 starting at $999.99; the 6.7-inch S20+ starting at $1199.99; and the 6.9-inch S20 Ultra starting at $1399.99. "This is no ordinary smartphone. It changes everything," Rebecca Hirst, Samsung's head of UK mobile marketing, said while unveiling the device. Samsung also unveiled a limited edition of the flip phone in partnership with New York fashion brand Thom Browne, which features the brand's signature red-white-and-blue stripe on a gray exterior, CNN reported.

New Galazy Z Flip folds to be surprisingly small for an outstanding design that easily fits into your pocket, bag, or accessory. The dual battery holds more power in less space, letting you fold and unfold all day long. With 3300mAh (typical) and cutting-edge intelligence, Galaxy Z Flip's all-day battery lets you make the most out of every charge. Freestop folding technology allows for hands-free video chats and previously unreachable selfies. So, fold it, flip it, stand it. However you set it up, it reinvents the way you take photos on your phone

Samsung is attempting to recover from a difficult year that has seen Apple usurp it as the world’s biggest smartphone maker and the company reporting falling profits. It hopes that its new devices and designs will allow it to regain the initiative. Z Flip marks the company’s second attempt at launching a folding phone, following last year’s error-strewn launch of its Galaxy Fold device, which was the first folding phone from a major manufacturer, but which saw repeated delays due to production issues, and had a high price tag that put off consumers, as stated by Telegraph.

Samsung also announced its new 5G Galaxy S20, Galaxy S20+ and Galaxy S20 Ultra. They will be released 6th March. Baked in 5G modem, lets you upload and download in an instant.8 That means livestreaming, sharing, and gaming at HyperFast speeds. batteries are powerful, maxing out at 5000mAh and they're also intelligent, adjusting to your mobile habits to save power and last way longer on a single charge.

Samsung said its three Galaxy S20 phones will be more expensive than predecessors when they launch in March with a starting price of $999. They will have a 5G option whereas the Z Flip is a 4G phone. Samsung was the No. 1 smartphone company overall in 2019, with 21.6% of the global market, according to IDC. But it lost that title to Apple in the December quarter, as cheaper prices for the iPhone 11 launched in the third quarter helped the U.S. firm mark its best growth since 2015, Yahoo Finance reported.