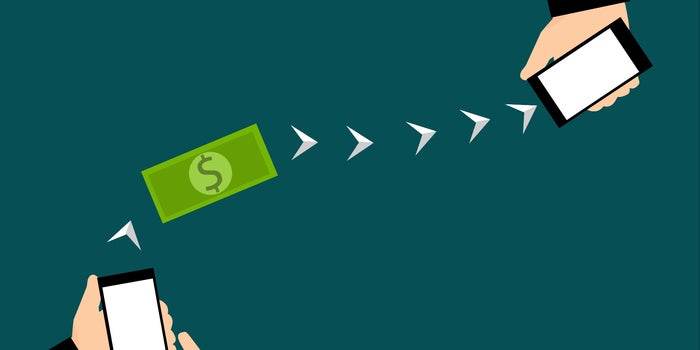 The FINANCIAL-- A global study jointly authored by the Cambridge Centre for Alternative Finance, The World Bank and The World Economic Forum reveals 12 out of 13 fintech sectors have grown during the first half of 2020 compared to the same period in 2019. But that growth is uneven and firms are facing significant headwinds in operations and fundraising.

University of Cambridge notes that the study reveals that the global fintech industry has continued to grow amid the pandemic, with 60 per cent of surveyed firms having either launched new products or services or revamped existing ones. However, the growth is highly uneven cross business models, regions and national markets, and fintechs are still facing significant headwinds in operations and fundraising. They also signalled the need for more regulatory and governmental support in light of COVID-19. This research was supported by the UK Foreign, Commonwealth and Development Office (FCDO) and the Ministry of Finance of Luxembourg.

As The study, which gathered data from 1,385 fintech firms in 169 jurisdictions, saw 12 out of 13 fintech sectors reporting year-on-year growth for the first half (H1) in 2020, compared to the same period in 2019, which was prior to the pandemic. On average, firms reported growth in transaction numbers and volumes of 13 per cent and 11 per cent, respectively. However, the impact of COVID-19 on market performance was found to be uneven across industry sectors, geographies and depending on the levels of economic development as well as COVID-19 stringency in a given jurisdiction.

Digital payments, digital savings, wealthtech and digital asset exchanges, all reported year-on-year growth in transaction volumes in excess of 20 per cent, whereas digital banking, digital identity and regtech sectors showed more modest growth increases around 10 per cent. The only sector reporting a decline during the period was digital lending, which saw an averaged eight per cent decrease in transaction volumes. Digital lending, similar to bank lending, tends to be procyclical. fintechs which are facilitating digital lending also reported an averaged six per cent decrease in the new loan issuance and a nine per cent rise in defaults on outstanding loans.

Covid's impact on the marketing sector

Further variations are also revealed when comparing markets of different economic advancement. In emerging markets or developing economies (EMDEs), fintech firms reported average growth in transaction numbers and volumes 15 per cent and 12 per cent, respectively, compared to 11 per cent and 10 per cent for firms from advanced economies (AEs). A growth in customer base and transactions for firms from EMDEs during H1 was balanced by larger increases in operational challenges and risks compared to AEs – firms from EMDEs were more likely to report an urgent need for regulatory support or governmental intervention.

The ability of fintech firms to achieve growth and resilience, in addition to the demand side factors, could also be partially explained in their ability to be agile and nimble in implementing changes to their existing products, services and policies. Two thirds of firms reported making two or more changes to their products or services in response to COVID-19, with a further 30 per cent reporting being in the process of doing so. Additionally, 92 per cent of firms reported either having launched or being in the process of launching new products or services.

In spite of these positive growth indicators, COVID-19 is still presenting fintech firms with external risks, as well as operational and funding challenges. Forty per cent of firms surveyed indicated that they have either introduced or are in the process of introducing enhanced fraud or security measures as a response to business conditions under the pandemic. Other operational challenges reported by firms include a four per cent increase in agent or partner downtime and a six per cent increase in unsuccessful transactions, queries or access requests. Further, fintechs reported a six per cent in expenses related to onboarding and a nine per cent rise in data storage expenditure.

In line with these challenges, the survey also revealed that the financial position of fintech firms had come under pressure as a result of COVID-19, with more than half reporting that their capital reserves had been negatively impacted. About 40 per cent also reported that the pandemic had negatively impacted their firms’ valuation. The outlook for future fundraising showed a mixed response, with 34 per cent indicating a negative impact, 21 per cent reporting a positive impact and 30 per cent reporting no change or saying it was too soon to tell.

In terms of the regulatory responses to COVID-19, firms did report that they had been provided with some relief – 17 per cent reported benefiting from regulatory support for e-KYC, 13 per cent from simplified customer due diligence and 12 per cent from support for remote onboarding. Firms also indicated that regulatory innovation initiatives had been of benefit with 14 per cent citing working with an innovation office and six per cent participating in a regulatory sandbox. 24 per cent of respondents indicated an urgent need for admission into a regulatory sandbox and 20 per cent reported urgently needing to work with a fintech Innovation Office.
Other areas that firms reported the need for urgent regulatory responses related to supervision – more than half reported an urgent need for faster authorisation of new activities, 31 per cent seeking more streamlined product or services approvals, 30 per cent seeking simplified customer due diligence, 28 per cent requiring regulatory support for remote onboarding and 26 per cent needing less burdensome supervisory or reporting requirements.

“COVID-19 is accelerating change in how people interact with financial services, which has led to unprecedented demand from developing countries to progress their transition to secure and inclusive digital finance. Whilst it is encouraging to see the growth reported by fintechs in the study, there are also cautionary indicators that some firms are suffering a deterioration in their financial position and are concerned over their ability to raise capital in the future. This is something that the fintech community should be mindful of given the significant economic opportunities that fintech presents,” says James Duddridge MP, the UK’s Minister for Africa at the Foreign, Commonwealth & Development Office (FCDO).

“This study reveals a global fintech industry that has been largely resilient in spite of COVID-19. Nonetheless, its growth must be interpreted with nuance and in the context of unevenness, and the opportunities for the industry should be juxtaposed with the challenges it faces,” says Bryan Zhang, Co-Founder and Executive Director of the Cambridge Centre for Alternative Finance.

“Fintech has shown its potential to close gaps in the delivery of financial services to households and firms in emerging markets and developing economies,” says Caroline Freund, World Bank Global Director for Finance, Competitiveness and Innovation. “This survey shows how the fintech industry is adapting to the pandemic and offers insights for regulators and policymakers seeking to promote innovation and reap the benefits of fintech, while managing risks to consumers, investors, financial stability, and integrity.”

“This study reveals that many fintechs have been nimble and adaptable during COVID-19 to revamp their existing products, tweak services or change firm policies.” says Tania Ziegler, the Lead in Global Benchmarking at the Cambridge Centre for Alternative Finance. “A staggering 92 per cent of surveyed respondents also reported that they have either launched or are in the process of launching products or services, which demonstrate that fintechs have to be agile to cater for the changing user base and shifts in consumer behaviours during a global pandemic.”