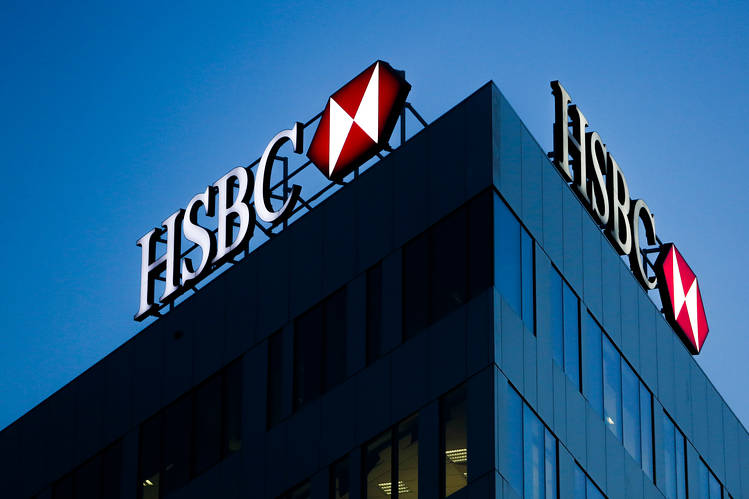 The FINANCIAL -- HSBC announced it will cut 35,000 jobs over three years as part of a major shake-up after revealing that annual profits plunged 33%. The strategy overhaul comes as economic growth is slowing in HSBC's major markets.

The London-based bank said it aimed to cut annual costs as it attempts its most drastic overhaul since the financial crisis in a bid to kick-start its stuttering business. HSBC also said it would shrink its sales and trading and equity research operations in Europe and move its structured products division from London to Asia. In the US, where the bank has generated subpar returns for years, HSBC said it would “reposition” itself by slashing the size of its retail branch network by almost one-third, moving fixed-income trading to London and reducing operating costs by 10 to 15 per cent, Financial Times reported.

The bank currently operates in more than 50 countries across North America, Europe, the Middle East and Asia. It employs more than 40,000 people in the UK, where it has its headquarters. About 10,000 of those are based at its head office in Canary Wharf in London, and another 2,000 work at its new UK head office in Birmingham. The strategy overhaul comes as economic growth is slowing in HSBC's major markets. Asia now accounts for about half of HSBC's revenue and 90% of profits, according to BBC.

The lender, which operates in 64 countries, did not say which regions would be hardest hit by the job cuts. However, its London-based investment banking business is thought to be vulnerable. HSBC’s profits before tax for 2019 dropped 33% and the bank said the job cuts are part of a plan to reduce costs by $4.5bn by 2022, The Guardian wrote.

The bank has also faced several management changes since John Flint stepped down as chief executive in August, after less than two years in the role. Noel Quinn was appointed interim CEO and promptly set about making a string of senior leadership changes. The London-based bank detailed its strategy while disclosing annual results. The pre-tax profit drop — it pulled in $13.3 billion last year, compared to nearly $20 billion in 2018 — was due in large part to a $7.3 billion write-off related to its global banking and commercial banking teams in Europe. HSBC shares in Hong Kong fell around 2% on the dismal earnings report, CNN wrote.

As part of a broader reshuffle, HSBC also picked executive Andrew Fullam to carry out a new strategy in its underperforming US business, according to a memo this month. Fullam, who joined HSBC 15 years ago, took on the newly created role of US head of strategic execution. Europe’s biggest bank by market value is also setting up a “central office” in the US to implement its new goals, Gulf News.

HSBC shared annual Results 2019. Noel Quinn, Group Chief Executive, said: “The Group’s 2019 performance was resilient, however parts of our business are not delivering acceptable returns. We are therefore outlining a revised plan to increase returns for investors, create the capacity for future investment, and build a platform for sustainable growth. We have already begun to implement this plan, which my management team and I are committed to executing at pace.” Also, company says, that it continues to monitor the recent coronavirus outbreak, which is causing economic disruption in Hong Kong and mainland China and may impact performance in 2020.